A Game Of Thrones Tag

I thought I would take part in some of the tag blogs/videos that are on the web at the moment - and what is more topical than Game Of Thrones. The season five finale is this weekend, so thought this was a perfect fit for the week's blog post! I found this one relating to the Game of Thrones / A Song of Ice and Fire series a while ago, and thought I would share some of my insights on the series! 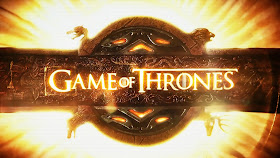 If you are a GOT fan and want to do this tag, then please do and link me so I can see what your answers are! Hope you liked this little tag as I would love to do more. Hope you're having a great day and keep safe :) Thank you for dropping by my blog! I read all my comments, and will try and reply when I can!